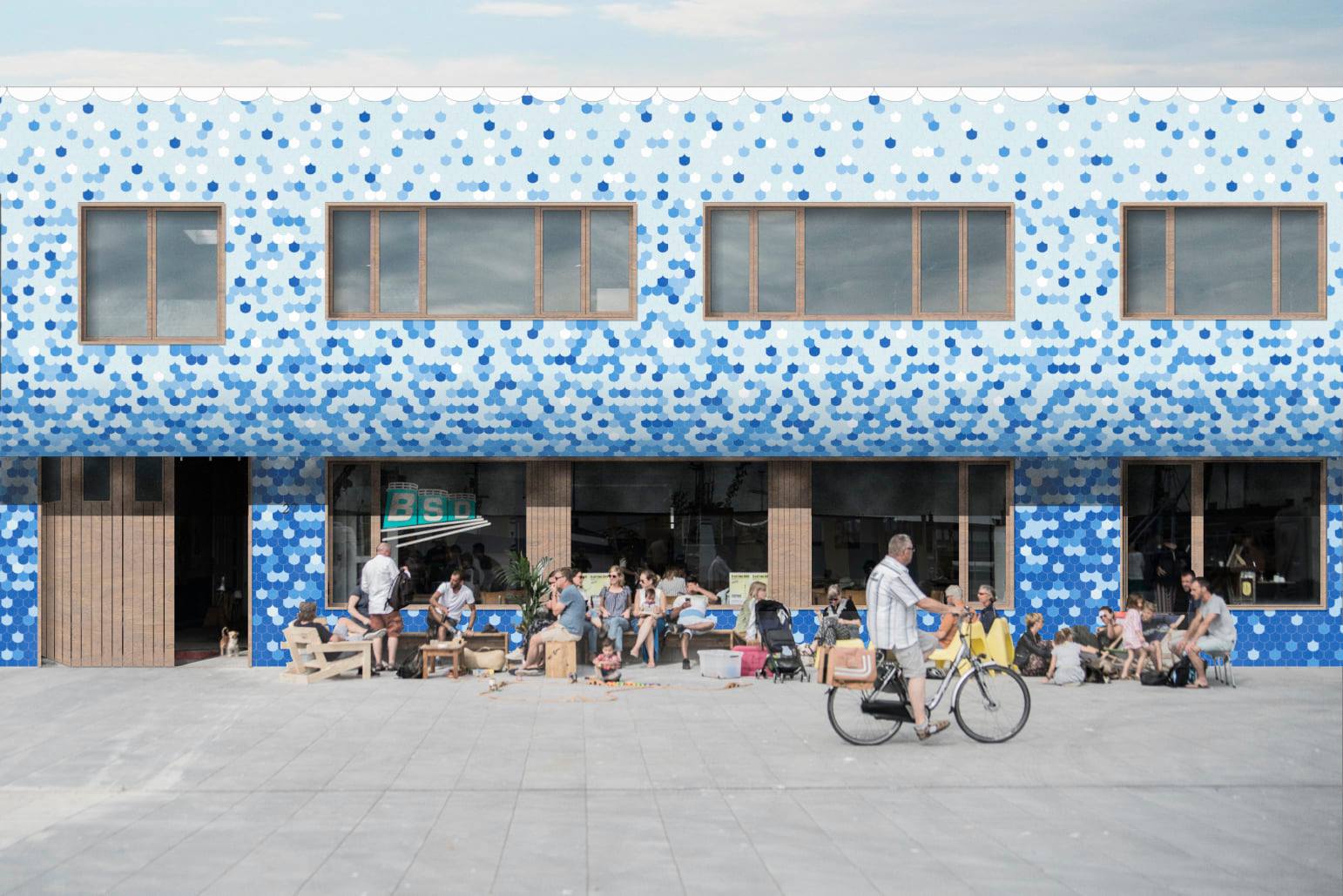 On June 23, the circular hub O.666 opened its doors in the Belgian city of Ostend. Flanders’ public waste company (OVAM), the city of Ostend and O.666 entered into an agreement to breathe new life into the location of the former North Sea Bunkers and to offer it a successful future. Together they are developing the sites into a lively neighbourhood where people from Ostend can immerse themselves in a world of creativity and circularity. 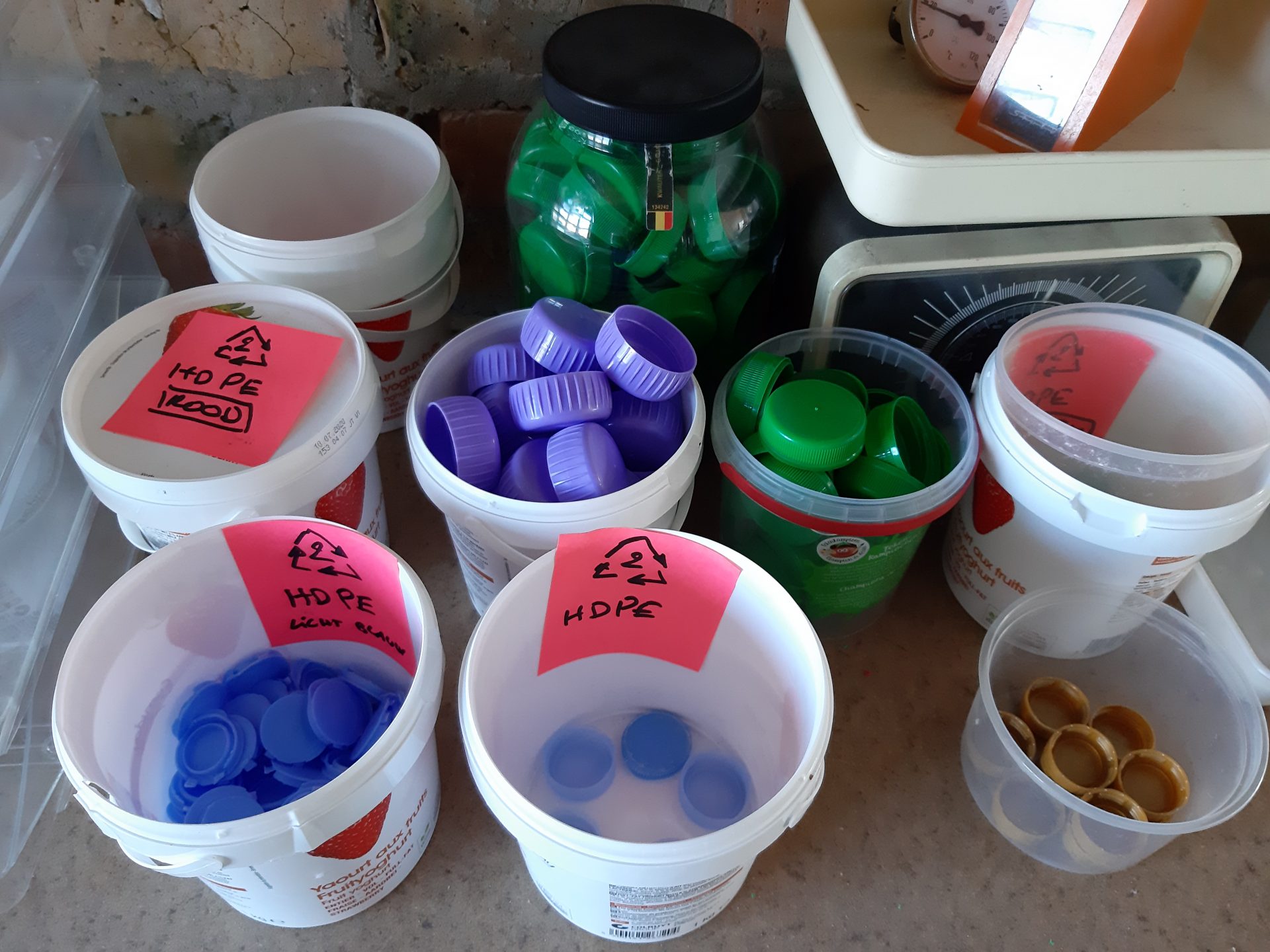 To tackle the problem of coastal litter, the Proper Strand Lopers (“Clean Beach Runners”) collect plastic waste in and around the North Sea coast and process it into tiles for facade cladding. Proper Strand Lopers offer expertise in litter around the coast of the North Sea, VIVES University of Applied Sciences built a machine that makes slate from that plastic and the facade of O.666 serves as a test case for that prototype. The Economic House offers the starting creatives concrete support to professionalize the studio operation and provides extra plastic waste from companies through its 2Seas project Upcycle Your Waste. It is certainly interesting to evaluate how the tiles withstand moisture, wind, sun and salt at the sea. O.666 does not have the size to support large-scale production processes. It is, however, the perfect place to set up initiatives such as these and to give them room to experiment.

How the building evolved from beat up squat to circular hub

The grounds around the building were so heavily polluted that no party was interested in investing in remediation and redevelopment. In 2013, Flanders’ public waste company bought the property for a symbolic euro and various non-profit organizations found a location for their activities. OVAM was responsible for a partial renovation on the condition that the activities of the non-profit organizations would be dominated by the circular economy. In its multi-year plan, the city of Ostend made additional resources available to support O.666. The neigbourhood will become the pre-eminent climate district due to, among other things, the future connection of the residential towers to the heat network, the presence of the City River and the dune formation on the beach. A circular hub like O.666 fits the bill perfectly. 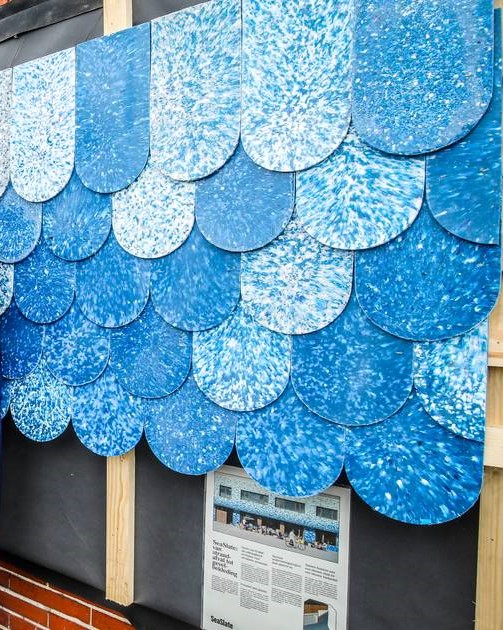 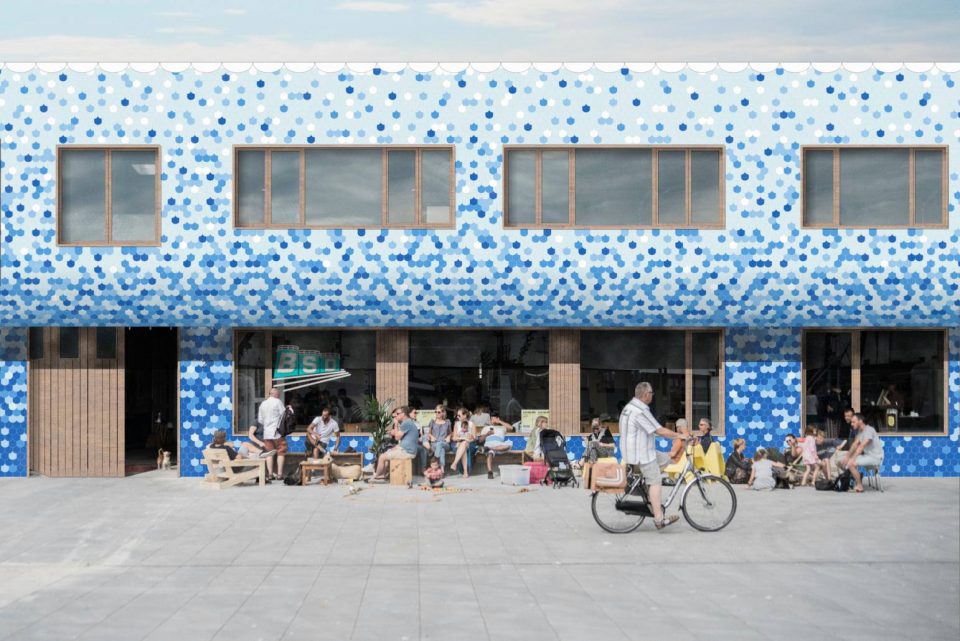 This is how the facade will look like in the end

If you want to know more about this specific case or if you would like to participate in Upcycle Your Waste, contact us through arne.rossel@economischhuis.be or through the partner in your region (See: https://upcycleyourwaste.com/contact/). 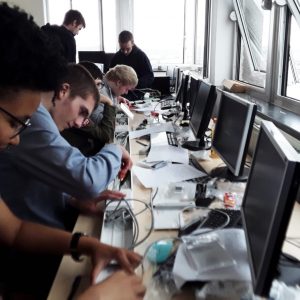 Cyber Engineers is a small business based in the Medway area in the South East of England. The team of qualified and dedicated cyber security professionals specialise in providing high quality training and services in cyber security for schools and colleges, as well as other profit and non-profit organisations. 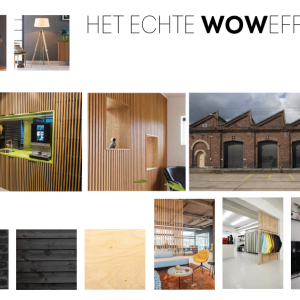 Sustainable entrepreneurs want to inspire each other in the circular area